Last Modified: 09/03/2017
[Your browser does not support frames or is currently configured not to display frames. Please use an up-to-date browser that is capable of displaying frames.] 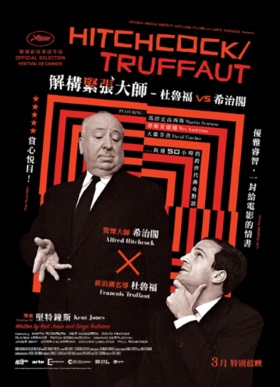 In August 1962, Francois Truffaut spent eight days with Alfred Hitchcock for a series of in-depth interviews that would become the book Hitchcock / Truffaut. Truffaut wrote that he was ‘disturbed’ at how American critics casually dismissed Hitchcock’s work as lacking substance, and he wanted to change that perception. The book’s influence was profound, lifting the status of the British born filmmaker from Hollywood entertainer to that of serious artist.

Along with excerpts from the original audio recordings of the interviews and scenes from Hitchcock’s classics, the director of this film gathers ten contemporary directors – including Wes Anderson, Olivier Assayas, David Fincher, Kurosawa Kiyoshi and Martin Scorsese – who reveal how the book influenced their careers and their approach to cinema. 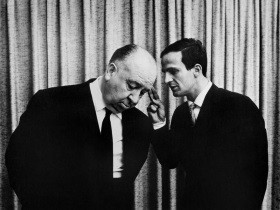 The Bible of Cinema

Released 50 years ago in France and the United States, Truffaut’s celebrated book based on his Hitchcock interview is not only a good read, but also the reference for countless filmmakers the world over, as relevant today as it was in the past.

The conversations between these two men profoundly changed the critical approach to Hitchcock’s cinema around the world. Furthermore, the very conception of cinema in general was shattered. From then on, the filmmaker was seen as the true creator of his or her film – this book significantly transformed the power balance between artists and the film industry.

The Kent Jones film, Hitchcock/Truffaut, gives a very contemporary reinterpretation of Hitchcock’s cinema. By highlighting the main topics with a large number of clips (legendary and lesser known) from Hitchcock’s films, 10 contemporary cinema greats reiterate the aesthetic, technical, and narrative questions at the heart of these conversations with Truffaut.

And thanks to the original sound recordings of these discussions, it is as if the book suddenly comes to life. Hitchcock and Truffaut, with their intonations, hesitations, and laughter, talk to the contemporary film makers.

Sir Alfred Hitchcock (1899–1980) was an English film director and producer, referred to as ‘The Master of Suspense’.

He directed over 50 feature films and is often regarded as one of the most influential directors in cinematic history. Many of his films, including Rear Window (1954), Vertigo (1958), North by Northwest (1959), and Psycho (1960) are regularly ranked among the greatest films of all time. 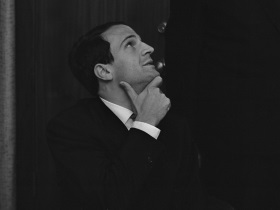 François Truffaut (1932–1984) was a French film director, screenwriter, producer, actor and film critic. He is also one of the founders of the French New Wave in 1950-60s.

He is considered an icon of the French film industry, and his film The 400 Blows came to be a defining film of the French New Wave movement. He also directed classics including Shoot the Piano Player (1960), Jules et Jim (1961), Two English Girls (1971) and The Woman Next Door (1981).