Story and comic created by CCFamily.

UFO is the short form for the term "undefined flying object". It includes any flying objects whose nature is not known, but more often people refer them to objects which are believed to be flying spaceships of aliens from other planets.

There are many people from all over the world claiming that they have seen or taken photos of UFOs. But none of them has been proved to be true so far. Do you believe that there are actually other creatures living on other planets?

cool_words
1. undefined
not clearly described, stated, known, or not having been given a definition
2. alien
a creature from another planet
3. creature
a living thing or an unusual life form
作者簡介 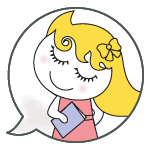