Beauty and the Beast

Last Modified: 16/03/2017
[Your browser does not support frames or is currently configured not to display frames. Please use an up-to-date browser that is capable of displaying frames.] 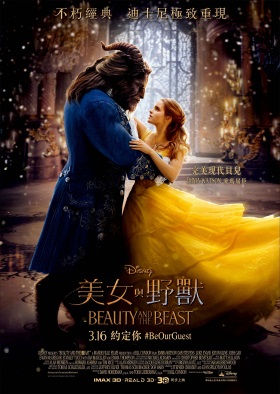 The story and characters audiences know and love come to life in the live-action adaptation of Disney’s animated classic Beauty and the Beast, a stunning, cinematic event celebrating one of the most beloved tales ever told.

The Tale as Old as Time

Once upon a time there was a dashing young Prince who lived in a magnificent castle. He hosted extravagant parties attended by beautiful people from around the world and was pampered by a staff of servants. Gradually, however, the Prince became rude and self-absorbed.

When an old beggar woman appears at the castle seeking shelter from the storm and offers him a single rose in return, he cruelly turns her away, unaware that she is, in fact, a beautiful enchantress. To punish him for his cruelty, she places a curse on the castle, transforming him into a Beast and all its inhabitants into household objects.

To reverse the spell, he must learn to love another and be worthy of their love in return before the last petal of an enchanted rose falls…otherwise, he will remain a beast and his staff their inanimate forms, imprisoned in the castle forever. 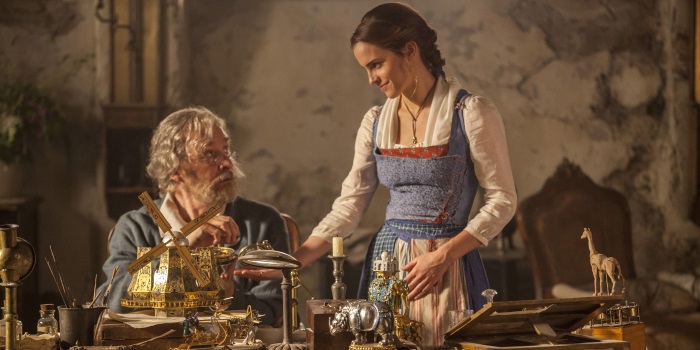 Some years later in the small town of Villeneuve, Belle, a bright and spirited young woman, goes about her daily chores, wondering about her life. Fiercely independent, Belle is an avid reader who dreams of adventure and romance in a world far beyond her French village.

A day comes when Belle’s father becomes lost in the woods, and he stumbles upon the Beast’s castle, now darkened and iced over, where he takes refuge. But the Beast is enraged to find him and takes him prisoner.

Belle learns of her father’s disappearance and sets off in search of him. She comes face to face with the Beast, with whom she pleads for his release, eventually trading her own freedom for her father’s. While locked away in a tower of the castle, Belle hears friendly voices – those of the enchanted household objects, who can now speak as a result of the spell.

Hopeful that Belle may finally be the one to capture the heart of the Beast, they watch and wait for any signs of true love, but the Beast is unfriendly and ill-mannered.

Romance appears out of the question, but Belle has a loving nature and the ability to see what other people cannot and begins to sense the kind heart of the Prince within.

The classic tale of Beauty and the Beast – and its empowering message that true beauty comes from within – dates back to 18th century France and the first published version of the fairy tale by Gabrielle-Suzanne Barbot de Villeneuve.

Today, the themes are still just as relevant and the story continues to enthrall storytellers, resulting in countless interpretations across all forms of media, but it is Disney’s Oscar-nominated animated film from 1991 which has been the definitive version.

Beauty and the Beast was the first animated feature to receive an Academy Award nomination for best picture and won two Oscars (best original score and best song.

It was also the first Disney animated feature to become a stage musical production, one which subsequently ran on Broadway for 13 years and was translated into eight languages, playing in over 20 countries.