Last Modified: 24/03/2017
[Your browser does not support frames or is currently configured not to display frames. Please use an up-to-date browser that is capable of displaying frames.] 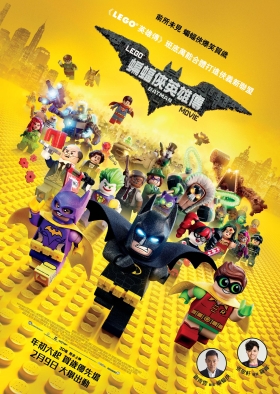 There are big changes brewing in Gotham, and if Batman wants to save the city from The Joker’s hostile takeover, he may have to try to work with others and maybe, just maybe, learn to lighten up.

Meet Bruce Wayne, aka Batman. He’s got a great life. He’s a billionaire. He’s handsome, he’s strong, he has great cars and gadgets, and he gets to punch bad guys in the face!

Then, why is he unhappy?

Apart from Batman’s superb fighting skills, this story takes a searching look into his personality. Specifically, this lone wolf’s need to work alone and distant himself from everyone to a degree that is starting to make him seem, well, a little bit dysfunctional.

Joining Batman this time is the super-positive and ultra-active young Dick Grayson, on his way to becoming Robin; Batman’s loyal and reserved butler, Alfred; Gotham City’s new police commissioner Barbara Gordon, aka Batgirl, who possesses major girl power; and The Joker, who desperately wants the recognition he deserves.

With plenty of action, fun and laughs, plus Batman’s amazing gadgets and vehicles, as well as the Batcave as it’s never been built before—brick by LEGO brick — this brand-new adventure asks the question, can Batman just get over himself and be happy?

Is Bruce Wayne’s greatest fear being a part of a family again? When he adopts a young orphan is, will his life be forever changed?