Last Modified: 10/01/2017
[Your browser does not support frames or is currently configured not to display frames. Please use an up-to-date browser that is capable of displaying frames.] 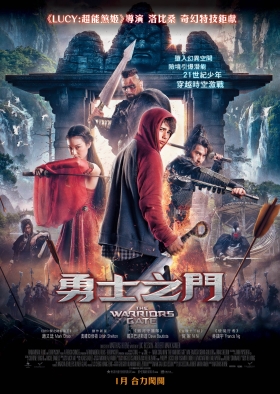 Jack Bronson lives in a part-time virtual world. Bullied at school and living with his single mum who is struggling to meet her mortgage payment. So every chance he gets, Jack escapes into the world of computer games – via his fearless avatar, the Black Knight.

One day, Mr Chang, the antiques dealer, offers him a family heirloom – a mysterious Chinese chest. Little does Jack know that the beautiful box that so intrigues him is actually a 'warrior’s gate', a magical portal into the mesmerising world of ancient China.

Then came a night when warrior Zhao suddenly appears in Jack’s room and entrusts him with the great task of guarding Princess Sulin. When Sulin is kidnapped, Jack leaps into the enchanted chest and travels back to ancient China.

With the help of Zhao and a trickster wizard named Wu, they set off on a coming-of-age journey across a vast, spectacular landscape littered width villains and obstacles, to save Sulin from Arun, the evil barbarian warlord.