Last Modified: 23/12/2016
[Your browser does not support frames or is currently configured not to display frames. Please use an up-to-date browser that is capable of displaying frames.]
Genre Drama, Fantasy
Director J. A. Bayona
Cast Lewis MacDougall, Felicity Jones, Sigourney Weaver, Liam Neeson

12-year-old Conor O’Malley is about to escape into a fantastical world of monsters and fairy tales.

Conor’s mother is ill, and as a result he needs to spend time with his grandmother who is less than sympathetic. At school, he is not a brilliant student, and is bullied by his classmates. 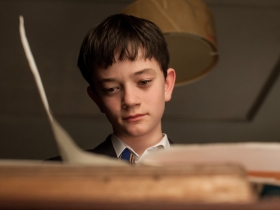 As Conor’s father has resettled thousands of miles away in the USA, the boy yearns for guidance. He unexpectedly summons a most unlikely ally, who bursts forth from an ancient towering yew tree and the powerful earth below it: a 40-foot-high colossus of a creature who appears at Conor’s bedroom window late one night – and at that time on nights after nights.

The Monster has stories to tell, and he insists that Conor hear them. The Monster also demands that once the tales are told it will be time for Conor to tell his own story in return. to do this, Conor will have to look within himself.

Ancient, wild, and powerful, the Monster guides Conor on a journey of courage, faith and truth.

The film is adapted from a novel written by Patrick Ness, which is based on an original idea by the late Siobhan Dowd, who could not finish the book before passing away.

One of the key themes of the book is how we process grief and the loss of loved ones. Reader will gradually realise the author is exploring how fantasy is part of us as human beings – and the power it can give us to help deal with life. 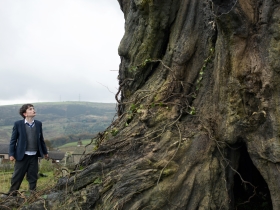 Millions of readers will agree that this is a powerful and important story to tell as a movie – an adventure that anyone can relate to.