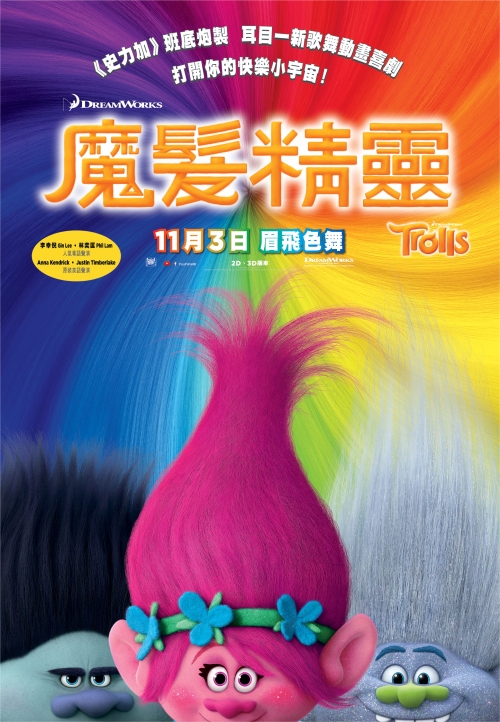 Trolls is a funny comedy about the search for happiness, and just how far some will go to get it.

You will see a colourful, wondrous world populated by the overly optimistic Trolls, who have a constant dance in their step and a song on their lips, and the comically pessimistic Bergens, who are only happy when they have Trolls in their stomachs. 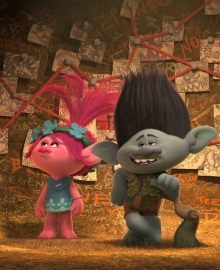 After the Bergens invade Troll Village, Poppy, the happiest Troll ever born, and the overly-cautious Branch set off on a journey to rescue her friends. Their mission is full of adventure and mishaps, as this mismatched duo try to tolerate each other long enough to get the job done.

This film can be enjoyed by youngsters as a unique world rich with unforgettable characters, music, humour, adventure and colour. meanwhile, it can also be enjoyed by adults, for whom the film’s theme of the search for happiness will resonate long after the end credits have rolled.

Indeed, the Trolls’ all-singing, all-dancing, all-hugging world is all about happiness, which infuses every frame of the film. The film explores how we treat others and, more importantly, how we treat ourselves. Its emotion-charged message is that happiness comes from within, and can be a powerful and infectious force when it’s spread.