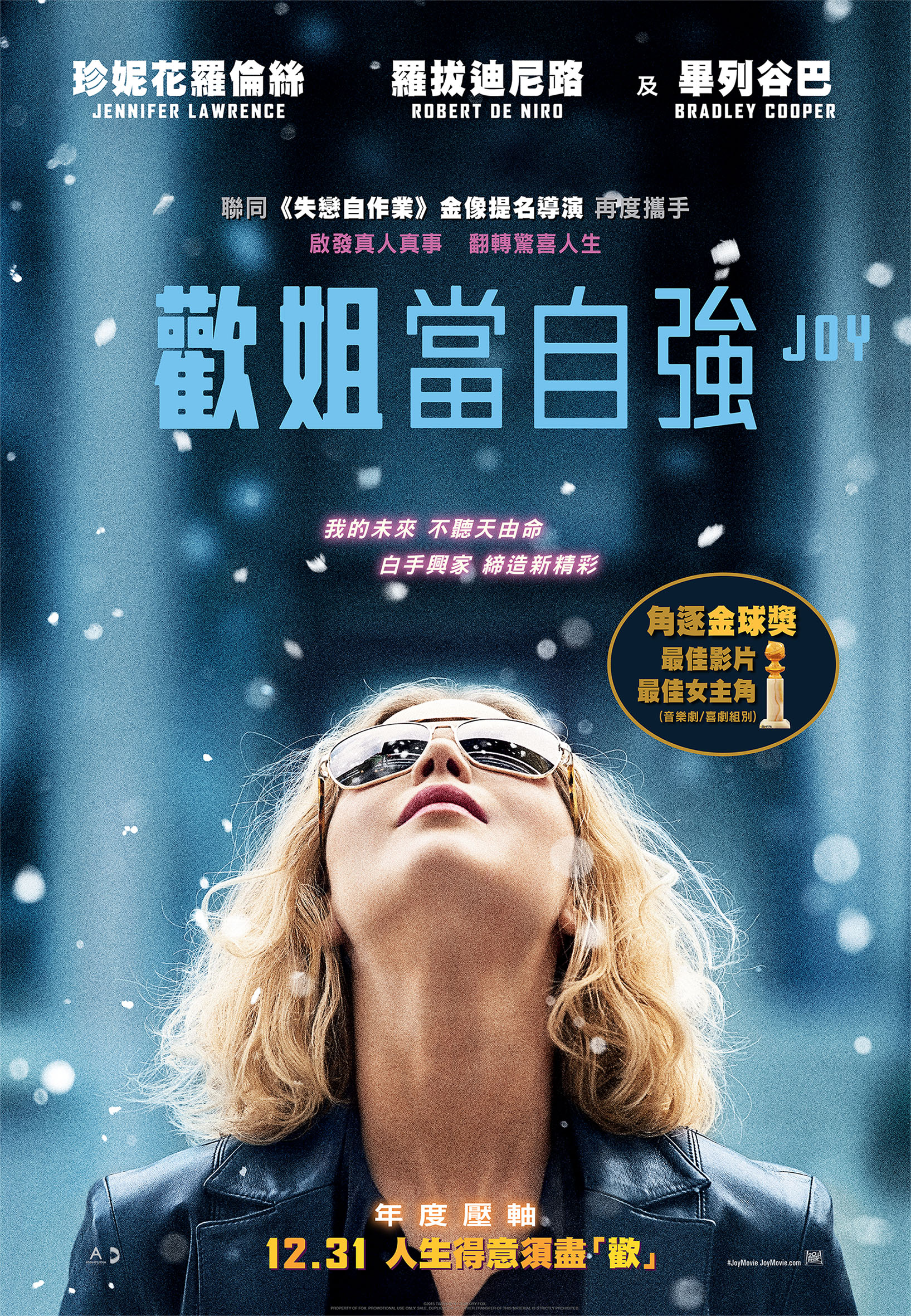 Genre Comedy, Drama
Director David O Russell
Cast Jennifer Lawrence, Robert de Niro, Bradley Cooper
Joy is directed and written by David O Russell from a story by Annie Mumolo and David O. Russell. Based loosely on the life and rise of inventor and home shopping star Joy Mangano, the genre-blurring story follows the wild path of a hard-working but half-broken family and the young girl who ultimately becomes its shining matriarch and leader in her own right. 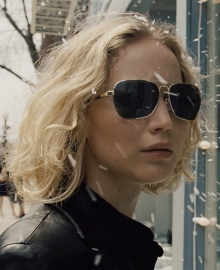 Driven to create, but also to take care of people around her, Joy experiences betrayal, treachery, the loss of innocence and the scars of love as she finds the steel and the belief to follow her once-suppressed dreams.

This film is an emotional and human comedy about a woman’s rise – navigating the unforgiving world of commerce, the chaos of family and the mysteries of inspiration while finding an unyielding source of happiness.

It’s not just the story of Joy. It’s about family, imagination, faith in yourself, about the ruthlessness of success and what it means when you find it.